Goa is located on the west coast and is known for its endless beaches, fantastic nightlife, diverse seafood and World Heritage-listed architecture. Goa is a small Indian state in the Konkan area, covering only 3,702 km. It is a long cry from a beach retreat or a haven for hippies, and it is one of the very few places that is open every day of the year. Goa’s relaxed atmosphere draws just as many foreign visitors as it does domestic ones. A short trip to Goa can be enjoyed by just booking the Goa family packages offered by Lock Your Trip.

The New Year and the Goa Carnival are two of the most well-known holidays that the Goans celebrate throughout the year. The Goans are also highly hospitable to tourists. Goa offers some of the best nightlife in India, with hip pubs, beach shacks, classy cafes, and several clubs and discos, despite the fact that the seafood is outstanding. Goa is also a wonderful destination for younger travellers with comparatively fewer budgets because the state has reduced alcohol pricing. In this blog, we will help you plan a short trip to Goa.

Archaeologists have found rock carvings that imply prehistoric humans once lived in Goa. The Palaeolithic era and the Acheulean occupation appear to have flourished, according to the evidence. The Mauryan Empire, Bhojas, Chutus, Satavahanas, Kshatrapas, Abhiras, Chalukyas, Rashtrakutas, Silharas, Kadambas, Delhi Sultanate, Vijayanagara, Bahmani sultans, and Adil Shahis were among the great dynasties that battled and ruled in early history. Portuguese control, which lasted for four and a half centuries, came next.

Following independence, the Indian government asked Portugal to transfer ownership of all of its assets on the Indian continent. Through Operation Vijay, the islands of Goa and Daman and Diu were added to the Indian Union in 1961. Goa was officially proclaimed India’s 25th state on May 30, 1987. Today in 2022, this place holds much value compared to old times.

The state of Goa is located in the Konkan area along India’s western coast. Goa’s northern border is with Maharashtra, and its eastern and southern borders are with Karnataka. The Western Ghats separate the latter from the state.

How To Reach Goa

As a well-liked tourist destination and relaxing location, Goa is well-connected by air to all of the major towns in the nation. Regular flights are available from New Delhi, Mumbai, Bengaluru, Hyderabad, Patna, Kochi, and Chennai to this tropical paradise. But the quickest way to get to Goa is to fly from Mumbai’s Chhatrapati Shivaji International Airport, which takes around an hour to get to. Let’s discuss some other modes of transportation to Goa for an excellent short trip to Goa with your family.

Highlights Of Short Trip To Goa

Goa is a well-known favourite beach location in India. It boasts a relaxing style of life, a hippy atmosphere, stunning views of beaches, natural peace, beach sports, and great parties. Although it’s a fantastic location all year round, a short trip to Goa is a very unique experience. Here are a few highlights of Goa for your short trip to Goa. 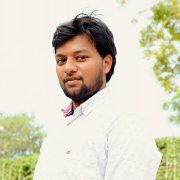 Akshay Kumar is a travel enthusiast who loves to visit the most popular as well as offbeat places in the world. He loves to share his travel experiences with fellow travelers.

The Area Rug Guide: What You Should Know Before You Buy

When is the best time to visit Alcatraz?