There are numerous programming languages with which you can scale your business, but each has advantages and disadvantages.

PHP, for example, is a programming language that can be used to create a variety of applications.

So you’re probably wondering what’s so great about PHP. If it’s that good, you might be wondering how to hire a PHP developer. Don’t worry, you’ll find out right below.

The Essential Skills of a PHP Developer

PHP developer skills include the basic skill set of a typical web developer as well as the ability to write clear, maintainable PHP code.

PHP developers require the same fundamental skills, but with a much narrower focus. PHP developers, for example, should be familiar with PHP web frameworks such as Laravel or CodeIgniter.

PHP developers who believe in the Don’t Repeat Yourself (DRY) principle, which makes code easier to modify and debug, should understand how to use PHP to achieve this goal by creating classes and objects.

Where Can You Find PHP Developers?

You won’t be able to hire PHP developers if you don’t know where to look.

After you’ve determined that you have a thorough understanding of how to hire a PHP developer and what skills to look for, you can use the resources listed below to find a development team.

You may be familiar with some well-known freelance marketplaces, the most popular of which are Upwork and Fiverr. It is up to the developer to advertise themselves and their skills in such marketplaces.

And once you’ve combed through these marketplaces, you’ll be able to zero in on the developer who meets your requirements.

You also do not have the authority to compel freelance PHP developers to adhere to a specific schedule or mode of operation. Their only obligation is to complete the project in the manner that feels most natural to them.

Outsourcing firms are typically located outside of the country. Asia and South America are particularly popular destinations for IT outsourcing.

You can give the selected agency the specifications of your project and then pay them to see it through.

If you want to avoid the communication issues that can arise when working with an agency in a different time zone, you should consider hiring a near-shore agency.

South American outsourcing, for example, has the advantage of low prices and high-quality software developers.

Indeed and ZipRecruiter are two of the most well-known job networks. On job boards, it is your responsibility to write a well-structured and coherent job description that includes not only the fact that you need a web developer, but also your company’s mission and the specific roles the developer will play.

Because the position will be made public, you can expect a large number of developers to apply. Most developers who search these networks expect full-time jobs with benefits and a reasonable salary.

How Much Does Hiring a PHP Developer Cost?

The cost of hiring PHP developers may vary depending on the resource you use.

For example, freelance developers typically set their own rates. However, it is unlikely to deviate significantly from the standard rate for PHP developers.

However, due to economic differences, salaries are frequently much lower when you outsource. In Brazil, a software developer earns an average salary of R$85,751, which is the equivalent of $26,852 USD.

What Exactly Is PHP?

PHP is a general-purpose scripting language with a web development component.

The TIOBE . Or The Importance of Being Earnest – index ranks PHP as one of the top ten programming languages, a position it has held for at least a decade.

PHP is an abbreviation for Hypertext Preprocessor. This means that PHP can be embedded directly into a website’s HTML.

Scripting languages, such as PHP, are, by definition, interpretable. An interpreter is used to run programs line by line in interpreted languages. In contrast, compiled languages are translated to machine code at runtime.

To elaborate, when a PHP web page is accessed, the server parses the code and typically converts to HTML. PHP is particularly secure due to the lack of mutable code.

PHP files are denoted by the extension ‘.php’. Text, CSS, HTML, JavaScript, and, of course, PHP code can all be found in these files.

While PHP may appear straightforward here, part of learning how to hire a PHP developer is understanding how software experts adapt certain languages to meet your business’s needs.

There’s a reason why some of the world’s largest corporations use PHP. And, before you learn how to hire a PHP developer, you should understand what PHP can do for you.

Here are some of PHP’s advantages:

PHP, like many other emerging programming languages, is free and open-source.

In other words, PHP, which has been around since 1994, has a large and supportive community that helps it run smoothly. PHP’s impressive library collection should attest to this.

One significant advantage of PHP is database connectivity. The language is compatible with a wide range of databases, including MySQL, Apache, and PostgreSQL.

PHP includes a module for connecting to databases. This could be to blame for PHP’s fast performance, as other applications take longer to connect to databases and retrieve data.

PHP is written between tags, so developers don’t have to worry about where their code is being written. Furthermore, PHP developers can add or mix HTML tags as they see fit, allowing for extremely dynamic content.

When Is it Appropriate to Use PHP?

PHP can also be used to create client-side graphical user interface applications in addition to web development. Microsoft programs and internet browsers are examples of GUI applications in which users interact with desktop software via icons.

PHP is also used for command-line scripting, which allows developers to interact with the webserver.

Aside from these obvious cases, there are numerous reasons why you should choose PHP over other scripting languages for your website. This can be seen in some of the benefits listed above.

HTML controls how the structure of your web text will appear and is essential to all web development tasks. Although JavaScript and CSS are HTML’s constant companions, having PHP on hand is a bit of a secret weapon.

PHP enables developers to interact with visitors in ways that HTML alone cannot. PHP can do it all – or at least most of it – from designing email forms to creating shopping carts.

What Are a PHP Developer’s Roles and Responsibilities?

PHP developers function as back-end web developers. Front-end development of any website or web application is typically handled by web technologies such as JavaScript, HTML, and CSS.

This integration requires PHP to be familiar with JavaScript, HTML, and CSS. PHP developers, in particular, must collaborate closely with HTML.

If you want to create a dynamic website to help your business, PHP might be the programming language for you. It’s simple to use, highly portable, fast, and if you want to go beyond a website, you can even create a graphical user interface (GUI) application!

You can find a PHP developer to help you with your next software project in a variety of places, including outsourcing agencies, job networks, and freelance markets. 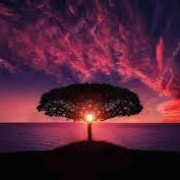 Skyrocket Your Google Rankings With The Best SEO Practices!

The best way to choose a school for your child

How does a Mobile App Development Company in UK create a cross-platform app?

How to Install Android Apps on Windows 10